What’s Really Behind The Illnesses in...

What’s Really Behind The Illnesses in the Northeast?

Need to Know this Week…

While COVID-19 cases continue to decline nationwide, several states are trending upward. In Vermont, Michigan, and Colorado, cases are increasing between 22 and 32 percent every 14 days. The number of cases in Vermont is around 36 new cases per 100,000 people each day— record-setting numbers for a state that has been comparatively spared in previous waves. Cases in Colorado are around 44 new cases per 100k per day — making this outbreak the second worst of the pandemic. In Michigan, they are adding about 39 new cases per 100k per day, about half as many cases as there were at their peak in April. While these case numbers are still relatively low, they are increasing rapidly and show no signs of slowing down. 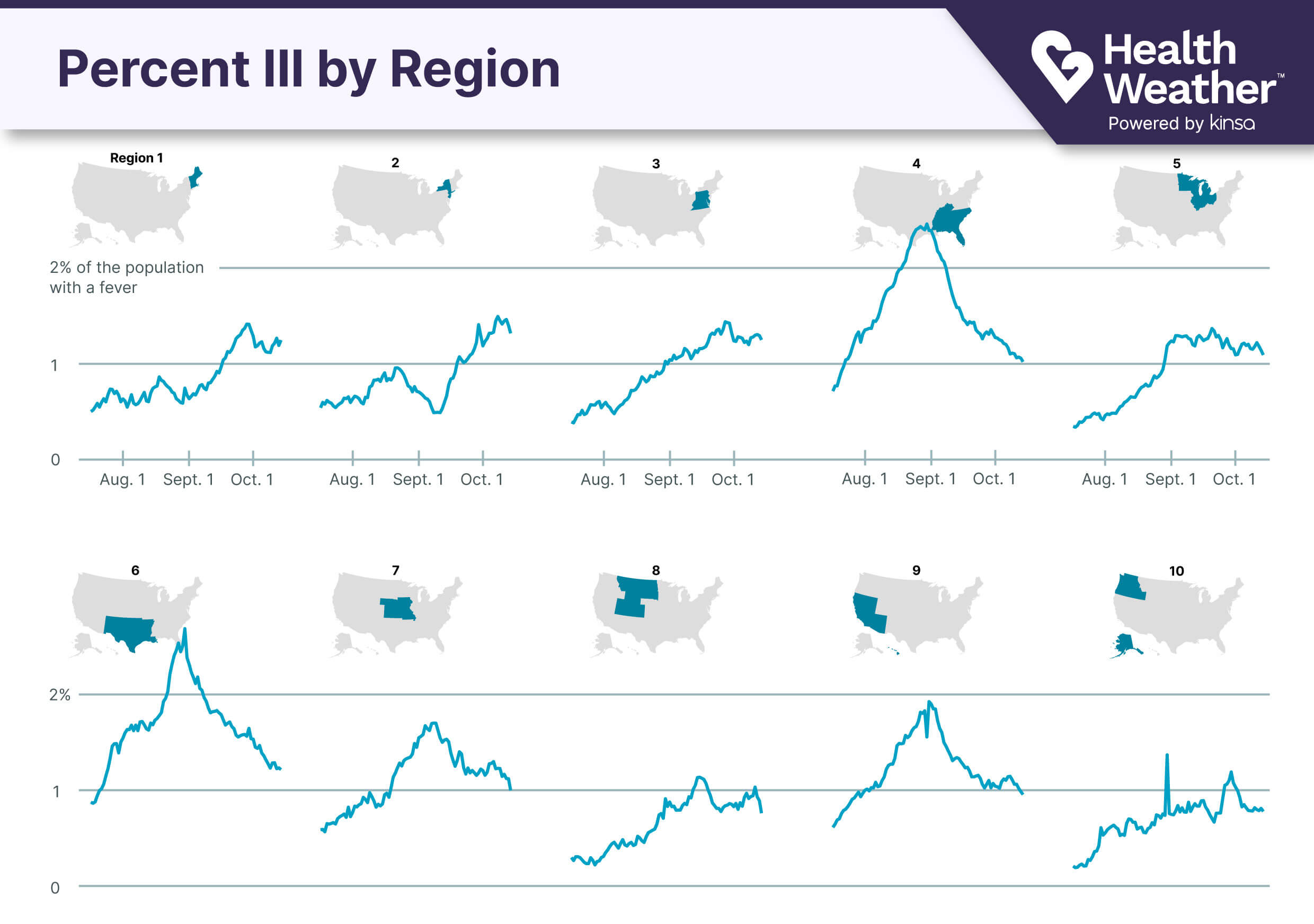 Regions we are watching:

Regions where illness is leveling off:

Regions where illness is decreasing:

What’s Really Behind The Illnesses in the Northeast?

We’ve been following illness in the northeast regions, and noticed an interesting trend:  while the number of people experiencing fevers in the area has been increasing steadily for months, there hasn’t been a similar uptick in COVID cases. Now, we have a better idea of what is contributing to the increases: From July until late September, another illness was rising in the region: respiratory syncytial virus. RSV is a common respiratory virus that can cause cold-like symptoms and is usually mild, although severe illness may appear in children and people older than 65. According to the CDC, the northeast region had some of the highest percent positivity for RSV tests in the country during this period, with numbers still climbing in NY and NJ.