The Two Regions We Are Watching Closely

The Two Regions We Are Watching Closely

Deaths on the Decline

After rising unabated for the last three months, the average number of daily deaths due to COVID-19 is finally decreasing again. While around 1,800 people are still lost to the virus each day, trends suggest the COVID-19 death rate will continue to fall. The surge in deaths caused by the Delta variant topped out at just under 2,100 deaths per day, nearly the same as the peak during the first wave of the pandemic in April 2020. The 2020-21 holiday outbreak continues to be the most deadly period of the pandemic for the US when the country topped out at around 3,400 daily deaths. 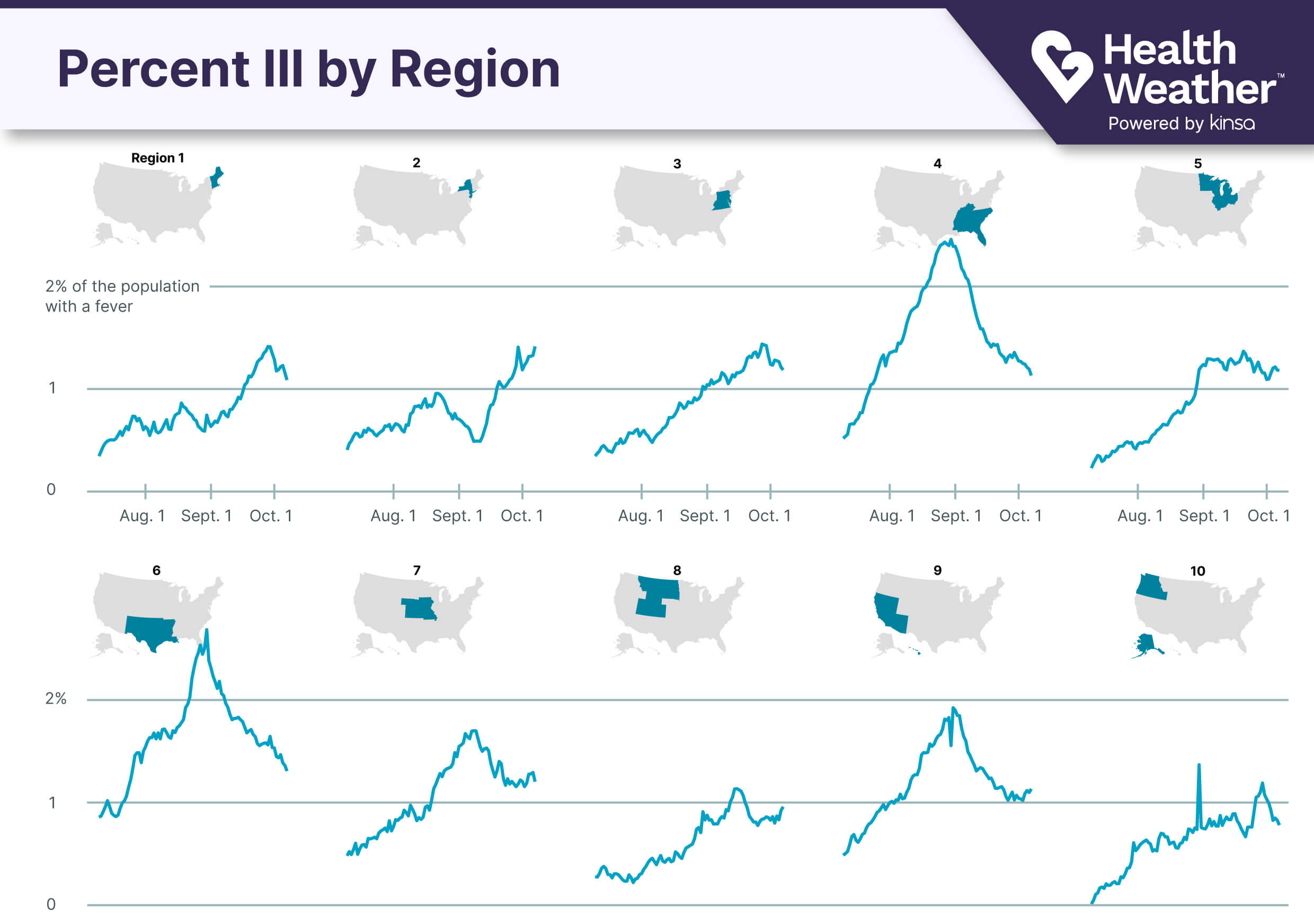 Regions we are watching:

Regions where illness is leveling off:

Regions where illness is decreasing:

A Look Back in Time

Autumn is here and the pandemic appears to be in retreat. However, similarly to the regional divergence in illness trends we discussed above, focusing on top-level trends alone (i.e. national vs. regional) can be deceiving.. Let’s look back at where we were a year ago and how COVID case counts compare today.

This year, we’re starting the holiday season with more than twice the amount of daily cases than last year. A lot has changed since then — we have incredibly effective vaccines that the majority of the country has received, we have rapid tests increasingly available, and we have more knowledge about how it spreads and how to slow it down.

We’re better positioned than last year, but that still doesn’t mean we’re safe from another outbreak. In addition to your usual precautions - masking in indoor public spaces, washing your hands frequently and spending time around a select group of family and friends - mentally, open your mind to the possibility that any pandemic precautions that have been rolled back may be reinstituted as fall and winter progress. Keep your mask on that hook by your door -- we’ll keep you updated.