The States We're Watching as Illness...

Despite growing concern over the spreading Delta variant, national vaccination rates are largely stalling, leading to increased cases in several parts of the country. Primarily concentrated in unvaccinated areas, daily average cases increased 39% over two weeks ago, topping 16,000. Experts, including the CDC, estimate the Delta variant is responsible for 50% of all new cases. 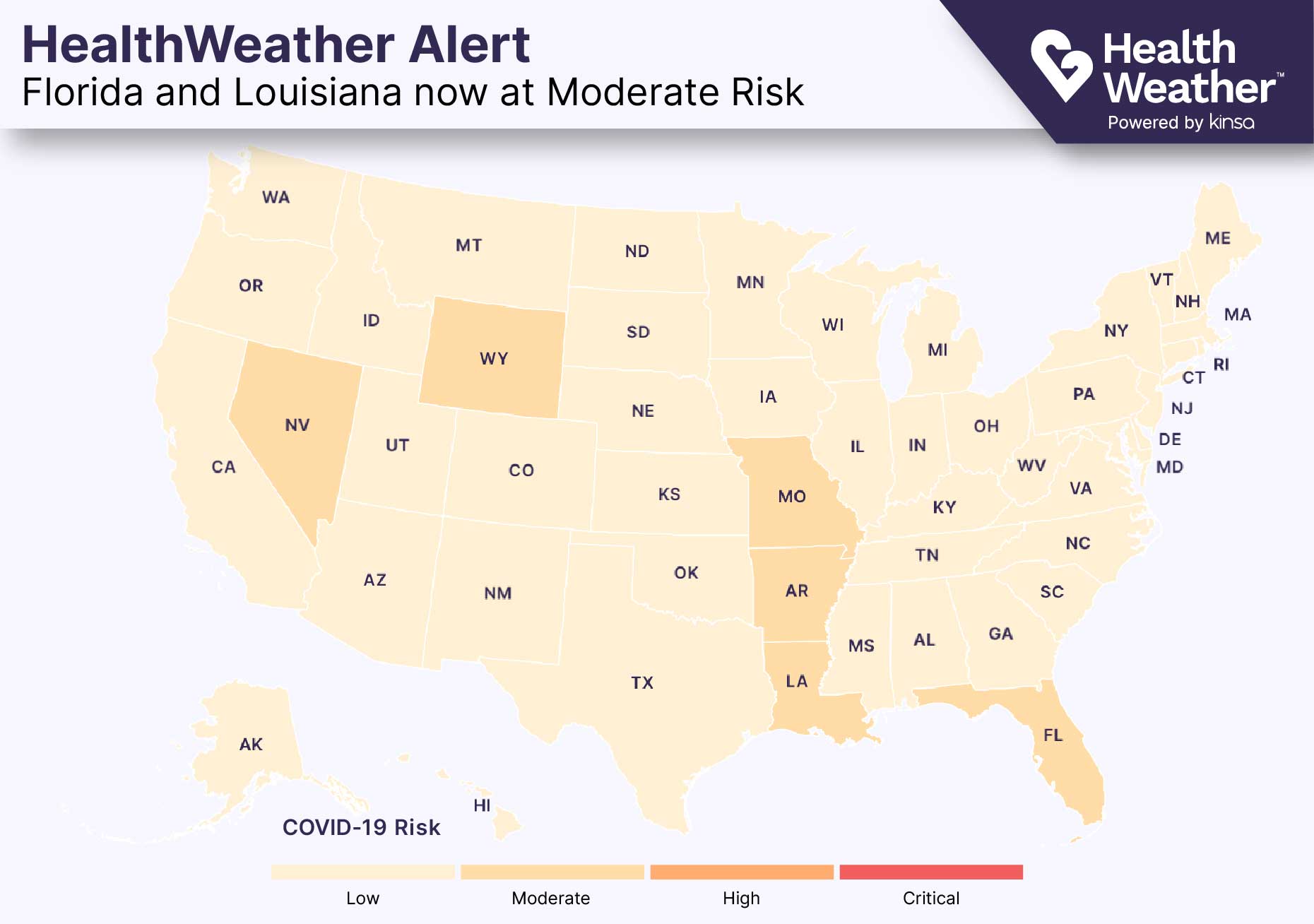 Six states are bearing the brunt of the new outbreaks. HealthWeather shows that Nevada, Wyoming, Missouri and Arkansas all remain at elevated risk, with Florida and Louisiana rising to moderate risk. Each of these states has a lower-than-average vaccination rate.

Nationally, overall illness continues to remain generally low. Children under the age of 17 are experiencing the highest levels of illness, but, like most other age groups, these levels are nearly the same as last week.