The Road Back To Normal Is Paved in...

The Road Back To Normal Is Paved in Illness: A Lesson From Texas

As the saying goes, “everything is bigger in Texas!” It comes as no surprise, then, that illness roared back into Texas in a big way after the state rolled back COVID-19 preventative measures.

On March 10, 2021, as many other states braced for another wave of the pandemic, Texas took the bold steps of lifting mask mandates and removing other precautionary measures designed to slow the spread of COVID-19.

Following the loosening of restrictions, Texas experienced the highest levels in Kinsa’s overall illness signal in more than a year, driven not by COVID, but by other common contagious illnesses like strep, RSV and even some flu, according to diagnostic data. In fact, COVID cases continued to decline after March 10, although at a slightly slower rate than before, a trend that has largely continued until today. 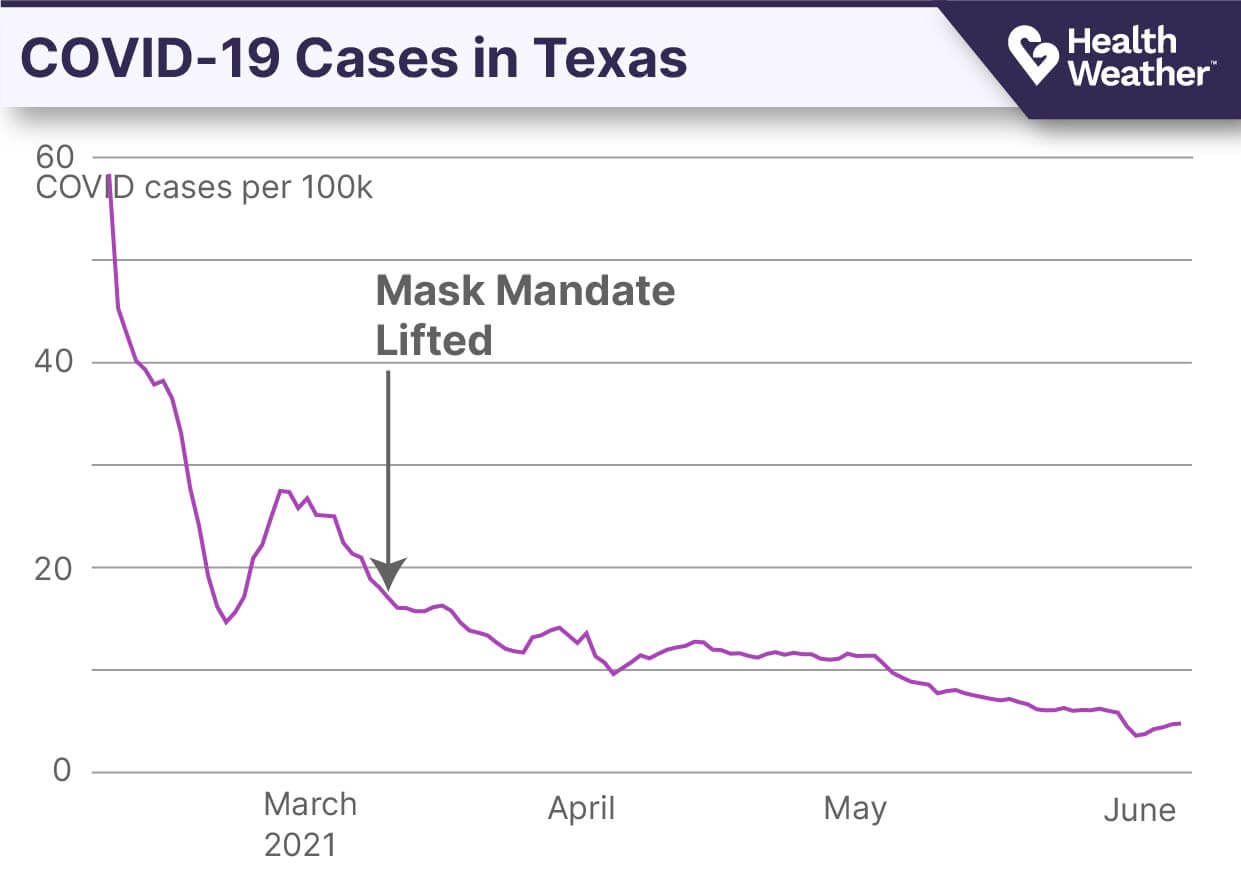 Aggregated insights from Kinsa’s network of smart thermometers show that beginning March 21, the overall illness signal, Percent Ill— which is a measure of how many people have an illness that causes a fever above 100˚ F— began to rally. Starting at just under 0.4% of the population being ill in early May, the metric peaked at 1.5% on April 14. 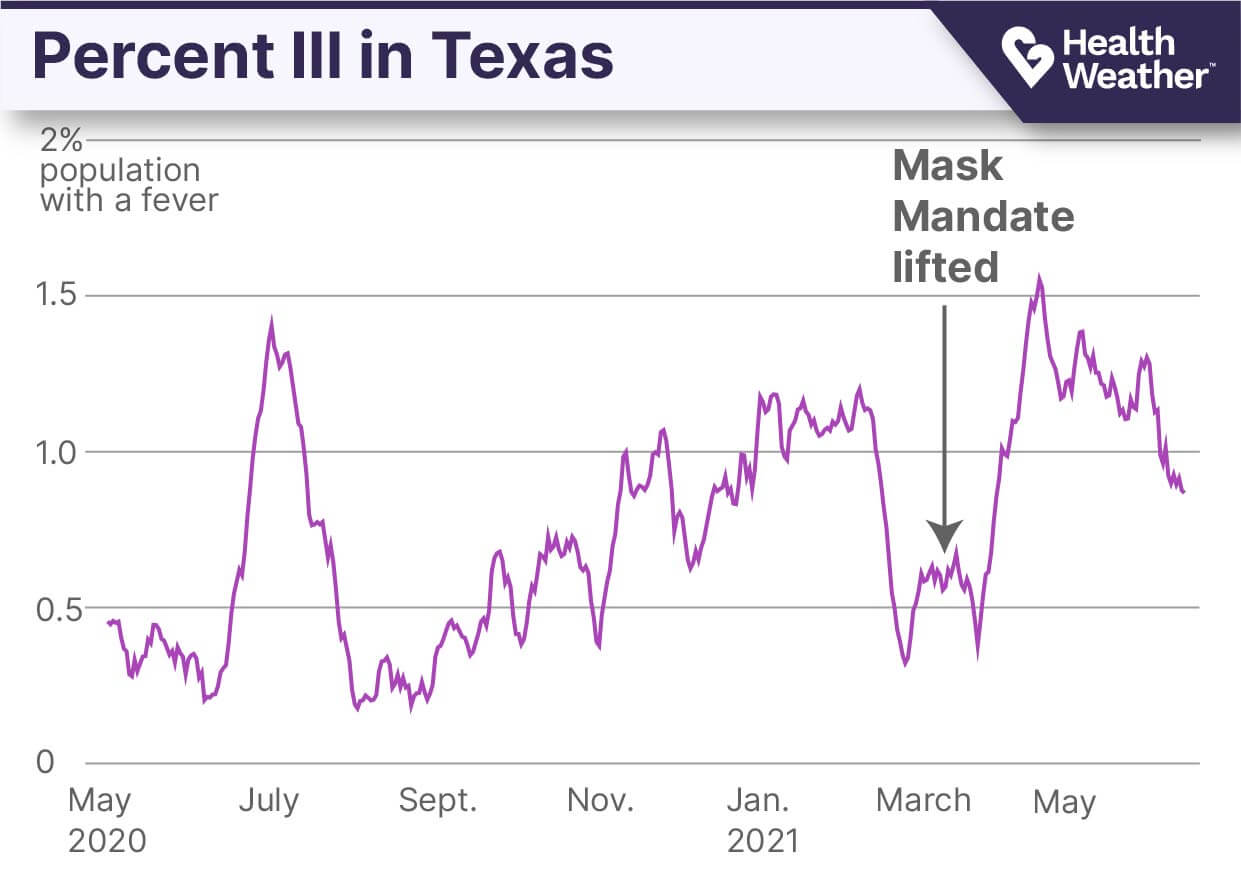 Kinsa’s main illness signal is considered a barometer for how ill a population is. Throughout the pandemic, overall, the signal has stayed low. The extra hand washing, surface sanitizing and social distancing— along with many other pandemic precautions— pushed overall illness down to historic lows. Percent Ill does not weight illnesses differently— a fever from the flu contributes to the calculation in the same way as a fever from COVID-19.

Since March 2020, when the pandemic began to take hold in the US, Kinsa’s overall illness signal has primarily been composed of COVID. With the easing of pandemic restrictions in Texas, a resurgence of common, everyday illnesses like strep, flu and RSV, drove the rise. 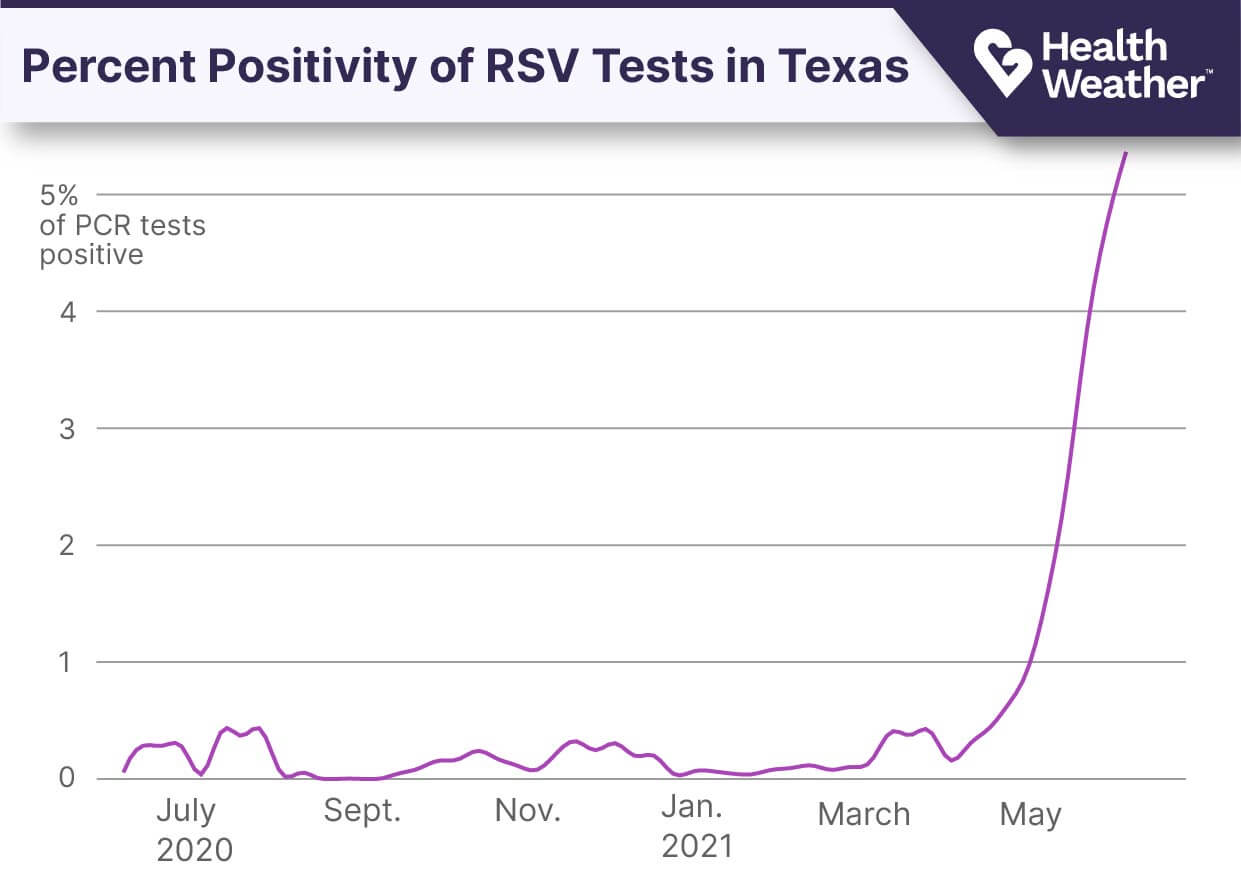 Though initially alarming to see so much illness, this is simply a return to normal. In the absence of face masks, social distancing and limited capacities, Percent Ill usually is around 2-5% in this time of year, so a peak of 1.5% can still be considered relatively low historically. As the rest of the country continues to roll back pandemic measures, we can already see similar trends in other states. On June 10, the CDC issued a health alert notifying clinicians and caregivers about a rise in RSV across much of the south, including Texas. Meanwhile, people on TikTok are baffled by a mystery illness that is likely the common cold. It may seem counter-intuitive, but the road back to normal is paved with illness.