The Northeast Peaks As Other Regions...

The Northeast Peaks As Other Regions heats up

Relief Coming To The Northeast?

After more than a month of unrelenting increases in COVID-19 cases, some regions appear to be passing over the peak. Kinsa data shows that fever incidence in the Northeast began to decrease around the beginning of January, signaling illness is on the decline. Reports of cough, runny nose and sore throat also began to fall this week. Washington D.C., one of the regions hit earliest in the Omicron wave, has already seen the average number of cases decrease every day this week. New York and New Jersey, two other regions hit early and hard, look to be about a week behind D.C. and are seeing their first days of decreasing COVID case counts as well. Cases are still at record levels, hospitals are stretched thin, and many more people will get sick in the intervening time, but any relief is a good sign. Hopefully, this rapid timeline from onset to peak will be mirrored in other regions of the country. 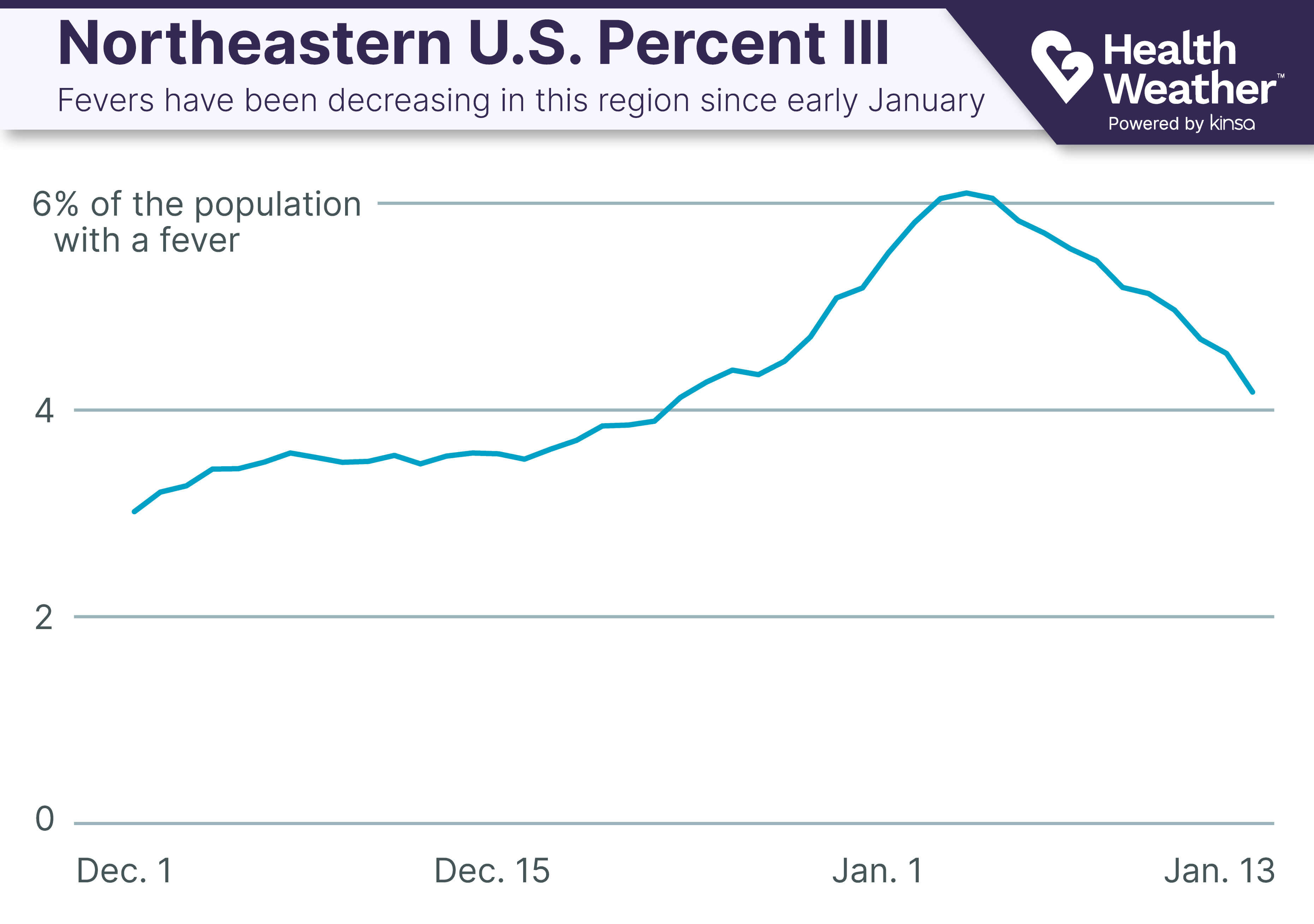 Growing Concern In The West

While states that were hit early by Omicron may be seeing the beginning of the end, other areas are still heating up. Kinsa’s data shows that since the beginning of January, fevers have increased in the west more than in any other region of the country. Reports of cough, runny nose and sore throat are on the rise too, foreshadowing continued increases in illness in the area. COVID-19 cases, driven by Omicron, have been increasing in the region since mid-December and will likely continue for the next few weeks.

Illness Rising For One Age Group

While most age groups are experiencing about the same amount of illness as they did last week, children aged five to 17 years old are seeing an uptick in fevers. This is a common trend around this time of year, as holiday breaks end and many children return to school, introducing more interactions for virus transmission. According to the American Academy of Pediatrics’ (AAP) latest report, children represented about 17 percent of all COVID-19 cases in the first week of January. Alongside COVID, there are likely other pathogens that are contributing to the rise in fevers among school age children, such as the many other illnesses in circulation, like flu and the common cold.