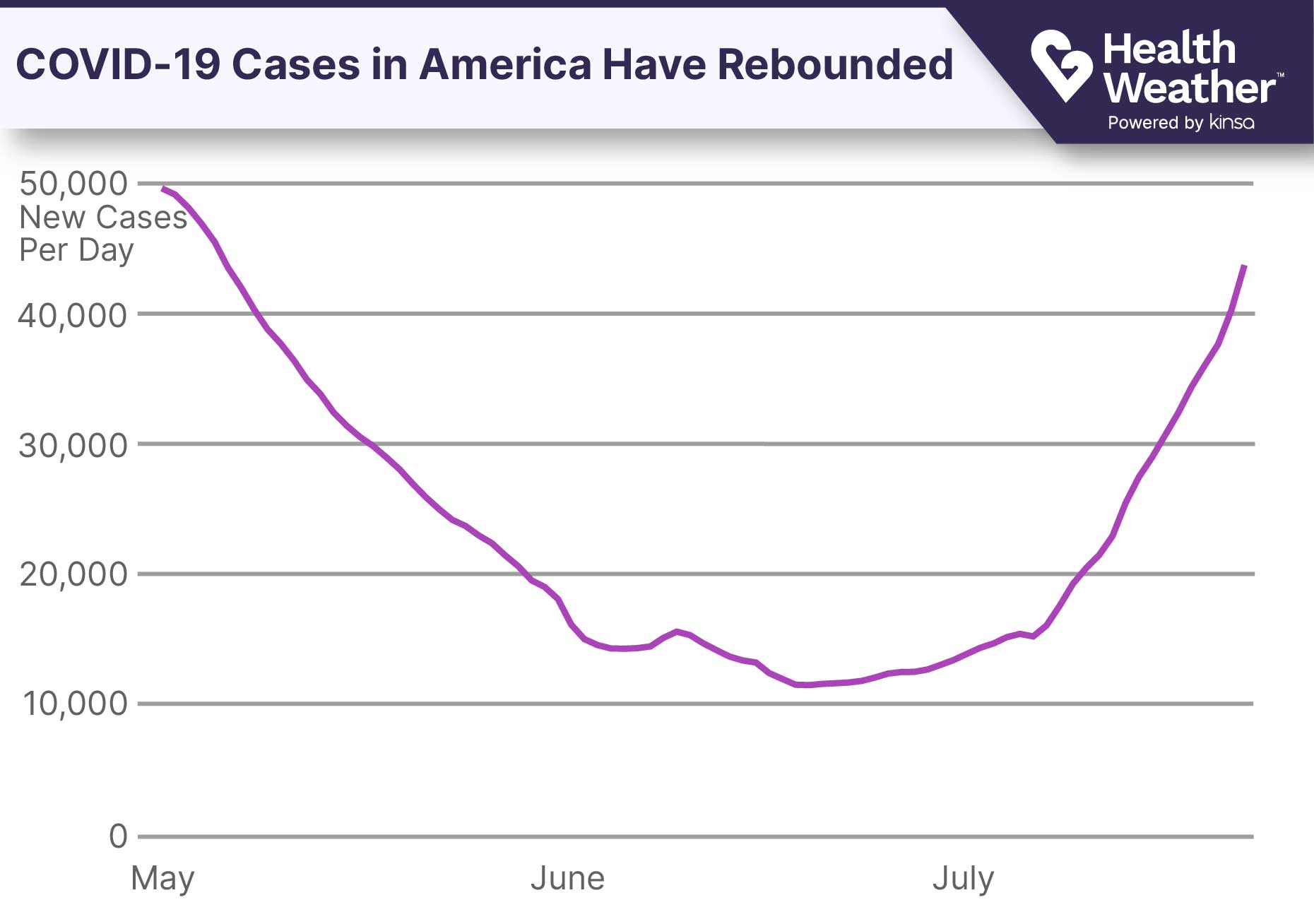 Cases are increasing in every region of the country. The highest rate of change in case numbers is occurring in Massachusetts where daily reported cases have increased by more than 350 percent to 373 per day. Florida has a small rate of change but a much larger case load. They are seeing more than 8,900 new cases per day on average, an increase of 232 percent. Cases in every state have increased by at least 30 percent, most by more than 100 percent, in the last two weeks.

Louisiana, Arkansas and Florida have the largest daily cases adjusted for population with 47 cases per 100k, 43 and 41 respectively.

Pace of Vaccinations must increase again

Vaccination rates are un-moved, stuck at the same levels we saw when they were in low supply at the beginning of the rollout.