Cases Decrease in Most States, but...

Cases Decrease in Most States, but Others See Steep Increases

COVID-19 cases are declining, though at a slower pace than a few months ago. The U.S. is recording ≈ 11,000 cases per day, down from January’s peak of more than 260K per day. Deaths are around 300 per day, decreasing from the 3,300 deaths per day we saw in January.

Despite experts’ guidance that vaccines are the ticket out of this pandemic, vaccinations nationwide have continued to slide from their peak of about 3.3 million doses administered per day to about 780,000 doses. Currently, 53.6 percent of the total population has received at least one dose of the vaccine. Only four states have reached President Biden’s goal of vaccinating 70 percent of the adult population by 4th of July. The states with the highest percent of their population with at least one dose of vaccine are Vermont, Massachusetts and Hawaii. 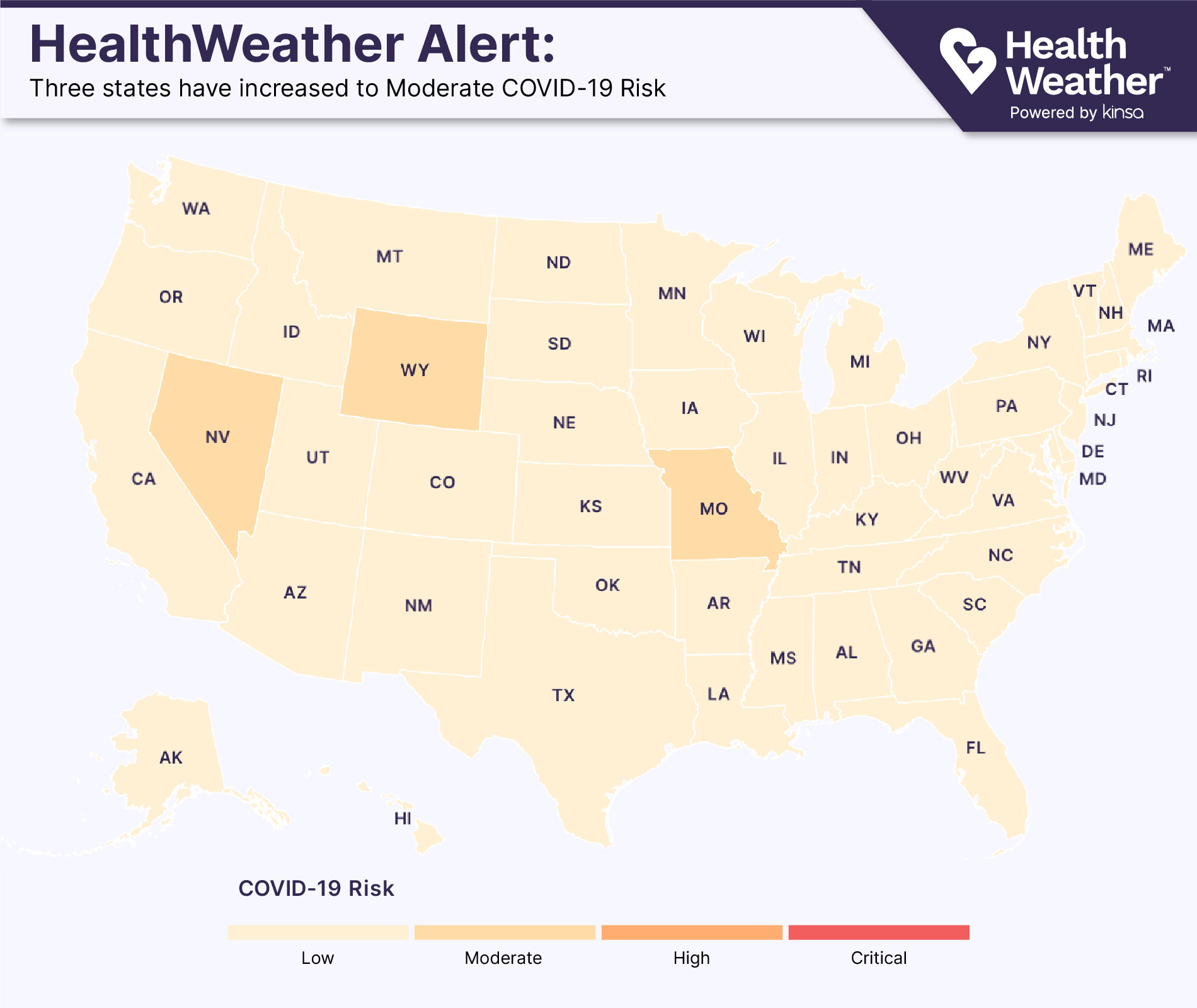 Nine states and regions are seeing double-digit increases in case counts. Cases in Oklahoma, Arkansas and Missouri have increased between 40 and 57 percent over the last two weeks. Each of those states has less than 40 percent of their population fully vaccinated, below the 45.4% national average.