The Southwest’s COVID Bubble Was Bigger Than You Might Think

A new California variant swept across the region as cases surged, likely spread by visits to Las Vegas

Travel to Las Vegas in recent months and a new coronavirus variant have likely contributed to the rapid, regional spread of cases across Southern California, Arizona and Nevada.

The California variant first surfaced in July but didn't become prevalent until October, researchers found in a study released last week that is pending peer review. The strain now accounts for up to 50% of samples in some areas, according to The New York Times, and has spread to at least 10 other states. 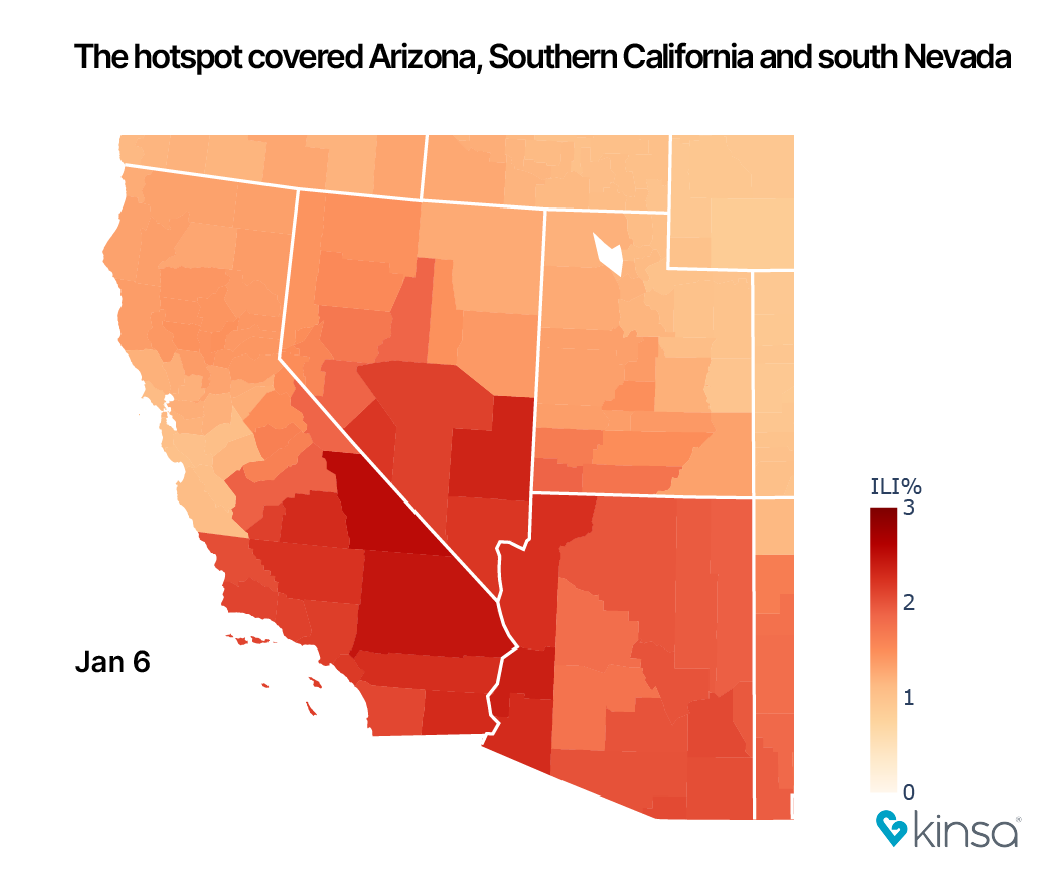 An analysis of Kinsa’s daily illness data – which shows fluctuations in fevers weeks before test results are reported and is not affected by variations in testing regimes across state lines – shows that the Southern California outbreak coincided with a similar spike in the southern half of Nevada and much of Arizona.

The data also shows strong correlations between the sickest counties and higher rates of travel to businesses along the Las Vegas Strip after New Year’s as well as earlier in December, when the new variant took hold.

While illness soared in Southern California counties in December and early January, Northern California was less affected. News coverage, medical professionals and public officials drew comparisons between the rate of illness in Los Angeles and San Francisco and suggested that slight demographic differences played a role in the discrepancy or that lax social distancing behavior fueled the surge.

Experts suggest that the outbreak is driven by the new variant of the virus. The new strain is potent and could have caused the recent surge in cases, Eric Vail, the director of molecular pathology at Cedars-Sinai told The New York Times.

“I’m decently confident that this is a more infectious strain of the virus,” Dr. Vail said. 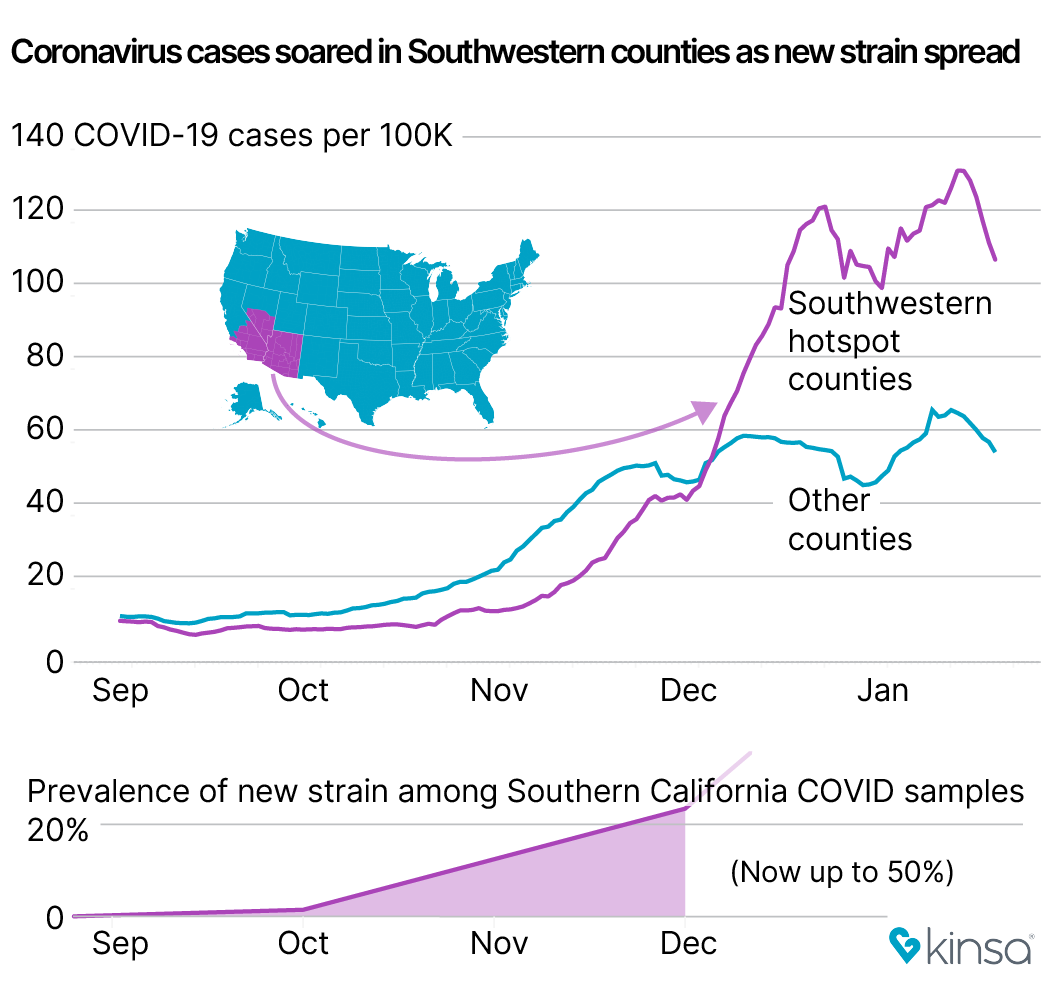 Our analysis shows other factors are also associated with higher rates of illness in the impacted areas. The climate in the region is warmer and more arid, which has been tied to potentially higher levels of illness. Kinsa’s data also shows correlations between illness and population density and income among California counties.

The geography of the outbreak also suggests another factor: proximity to Las Vegas. Residents of the affected counties in California, Arizona and Nevada were up to twice as likely to have traveled to businesses on the Las Vegas Strip in December and January, according to an analysis of anonymized cellphone location data from SafeGraph. 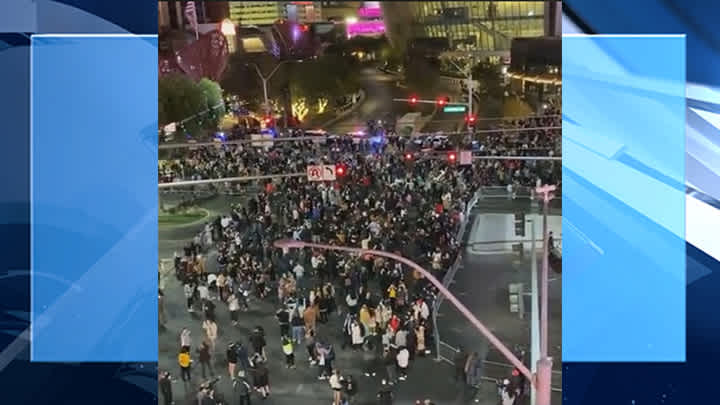 Citing the ongoing surge in his state in late November, Nevada Gov. Steve Sisolak implemented a statewide mask mandate, although he opted to keep casinos, restaurants and bars open at 25% capacity. Ignoring pleas to stay home, as many as 200,000 revelers descended on the Strip for New Year’s.

Kinsa’s data shows strong correlations between the sickest counties and higher rates of travel to business along the Strip after New Year’s as well as earlier in December, when the new variant took hold. 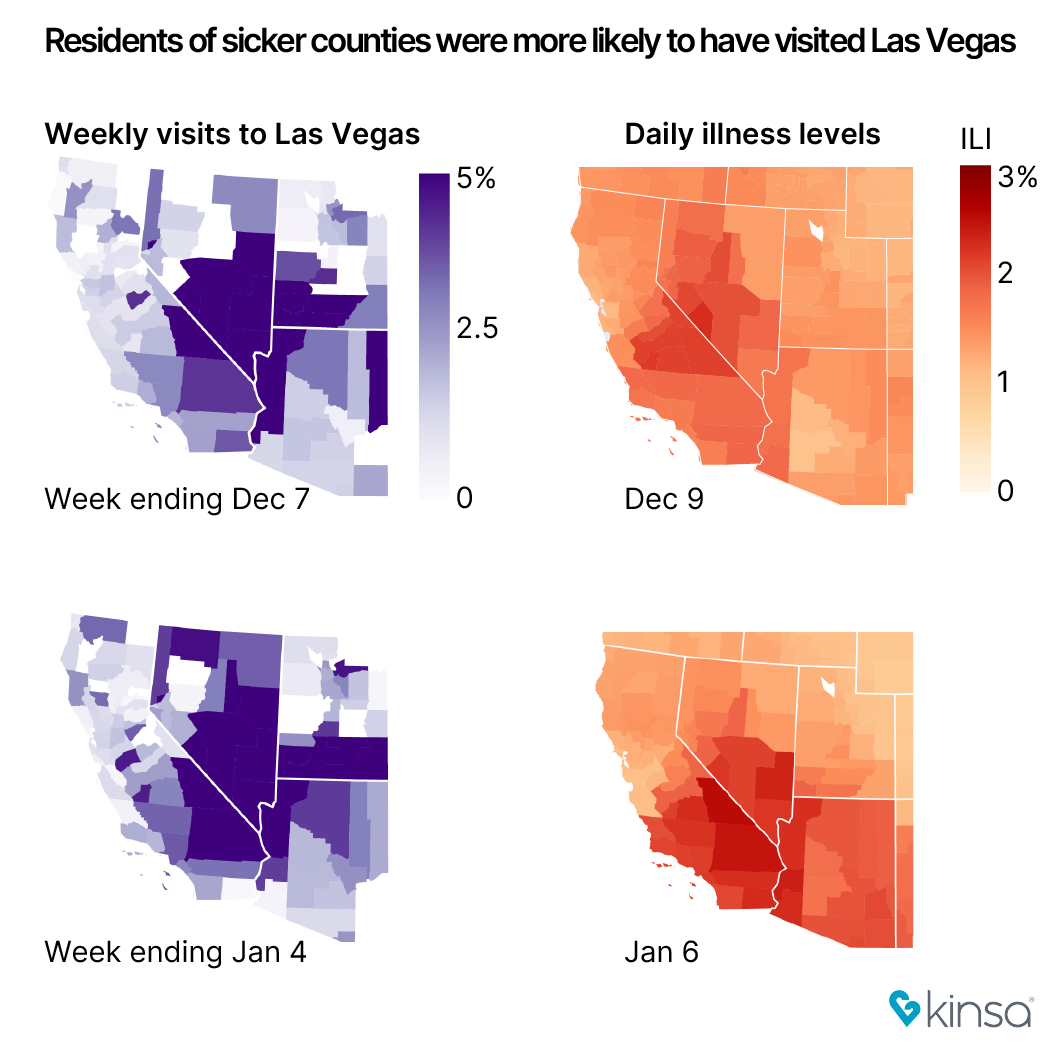 The surge of illness in California, Arizona and Nevada has partially subsided in recent weeks, prompting the state to reopen businesses and ease restrictions. However, the potential for increased transmission rates of the new California strain as well as concerns about the efficacy of vaccines on new variants, should serve as a warning to continue precautions against the virus.