Another Wave? For Some States, It May Be

Another Wave? For Some States, It May Be

Just as we started to get comfy, the ever-changing 14-day average of daily COVID-19 cases flipped from negative to positive this week. Cases are increasing in 25 states, and the overall case numbers are hovering around 74,000 cases per day. The magnitude of this wave will depend on vaccination rates as well as the number of previous infections. Some areas that were spared earlier in the Delta surge are now being hit harder. Vermont, which was spared the brunt of the initial Delta surge and has many vaccinated people and low rates of previous infection, is currently at record cases levels. Others, like Colorado, Minnesota and New Mexico, have increased to levels not seen since the massive wave of cases last winter. If you have travel plans, be sure to keep an eye on your local illness risk and sign up for local alerts at HealthWeather. 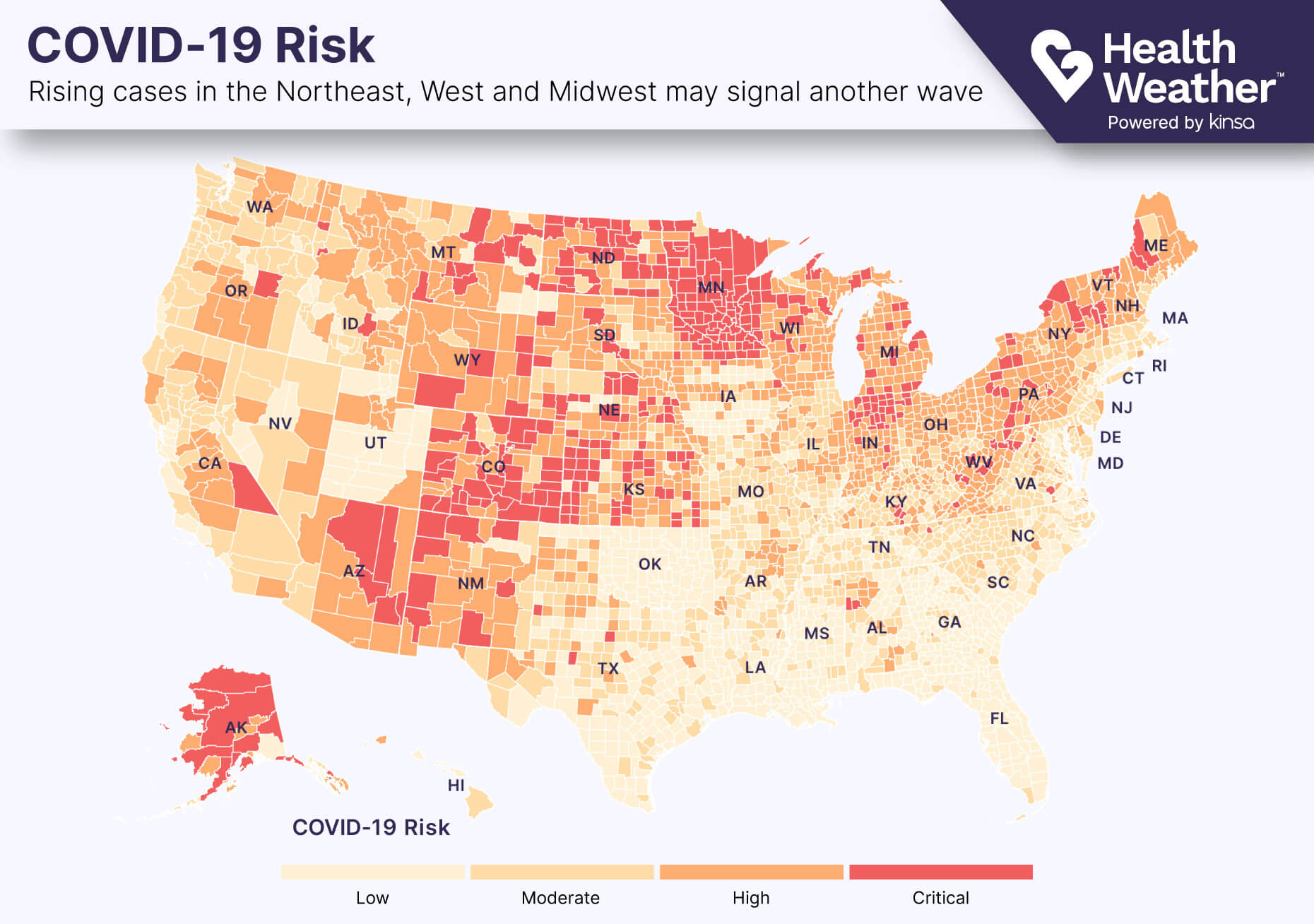 With a rising tide of cases, immunity is the main form of protection, so it’s excellent news that vaccinations are way up! In the last week of October, vaccination rates shot up above one million doses administered per day for the first time since June. More immunized people is always good news, but this headline number belies a different trend. On November 5, the CDC showed that 1.2 million doses were administered, and only about 35 percent of those shots were people receiving their first round of vaccines. The remaining 65 percent were booster shots. These figures don’t include the newly-authorized vaccines for 5-11-year-olds, which the White House reported on Wednesday that nearly 1 million doses had already been administered.

More first-time shots in arms would undoubtedly be good, but boosters will still help curb the spread of the illness heading into the winter months. This is especially true of the elderly or more vulnerable who may have had a weaker initial response or are now experiencing decreasing immunity. More shots mean more safety for people gathering this holiday season.

South Is Spared the New COVID Surge, but Something Else Is Coming to Florida

The states that were hit early in the Delta wave — areas in the south like Louisiana, Missouri and Florida — are holding steady now with low COVID cases, but some are on the vanguard of another illness trend. Kinsa’s data shows fevers increasing, and reports of cough, runny nose and sore throat are all on the rise in the region, which all point to flu being the culprit. Looking at Walgreens’ flu index, which shows the areas where the pharmacy is filling the most influenza medication prescriptions, Florida currently holds four spots on the ‘top ten’ list! Planning on traveling to Florida soon? Be sure to get your flu shot!